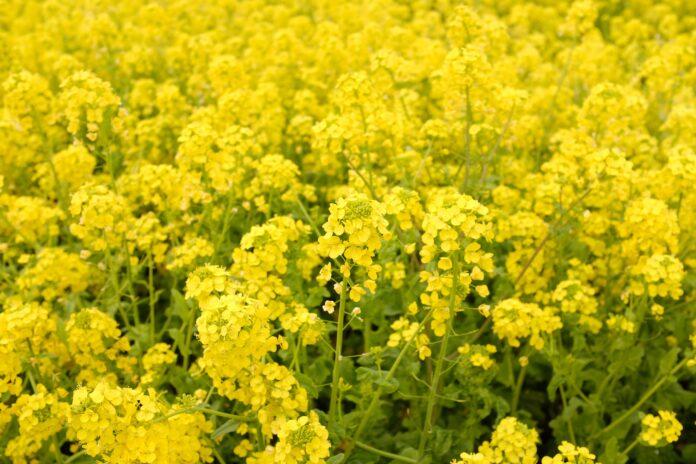 India has recently approved environmental release of Genetically Modified (GM) mustard DMH 11 and its parental lines after due risk assessment by experts for it being safe for humans, animals and environment.

GM technology is a disruptive technology capable of bringing any targeted change within the crop variety. It has potential for the much-needed revolution in Indian agriculture particularly in terms of domestic production, requirement and import of edible oils in the country.

India’s import of edible oils is on continuous rise to meet the domestic demand. During 2021-22, India spent Rs.1,56,800 Crore ($19 billion) on import of 14.1 million tonnes of edible oils consisting of mainly palm, soybean, sunflower and canola oils, which is equivalent to two-thirds of India’s total edible oil consumption of 21 mt. Therefore, self-sufficiency in edible oil is much needed to reduce the forex drain on agricultural-import.

Productivity of oilseed crops viz., soybean, rapeseed mustard, groundnut, sesame, sunflower, safflower, niger and linseed in India is much lower than the global productivity of these crops. During 2020-21, India had total area of 28.8 million hectares (ha) under oilseed crops with total production of 35.9 million tonnes and productivity of 1254kg/ha, which is way lower than the global average. Edible oil recovery of 8 mt from 35.9 mt of total oilseeds hardly meets even 35-40 per cent of the total edible oil requirement pegged at 21 mt per annum (mtpa). The situation will worsen in the future as the demand for cooking oil has been increasing year-on-year, with projected demand at 29.05 mt by 2029-30.

Rapeseed-mustard is an important oilseed crop in India grown on 9.17 million ha with total production of 11.75 million tons (2021-22). However, this crop suffers from low productivity (1281 Kg/ha) compared to global average (2000 kg/ha)

It is known that hybrids in general show 20-25 per cent higher yield over the conventional varieties across the crops. However, conventional cytoplasmic-genetic male sterility system in mustard has limitations which are overcome by use of genetically engineered barnase/barstar system with some alterations.

GM mustard hybrid DMH11 was developed in India using this technique which has undergone the required regulatory testing processes during 2008-2016. This transgenic strain with three genes namely, Barnase, Barstar and Bar was found to have 28% higher yield, safe for cultivation and for food and feed use. Further, visitation of bees to the transgenic lines is similar to the non-transgenic counterparts. Therefore, the same has been released for commercial cultivation.

Science, Inequity and Caste System: Diversity not yet Optimal