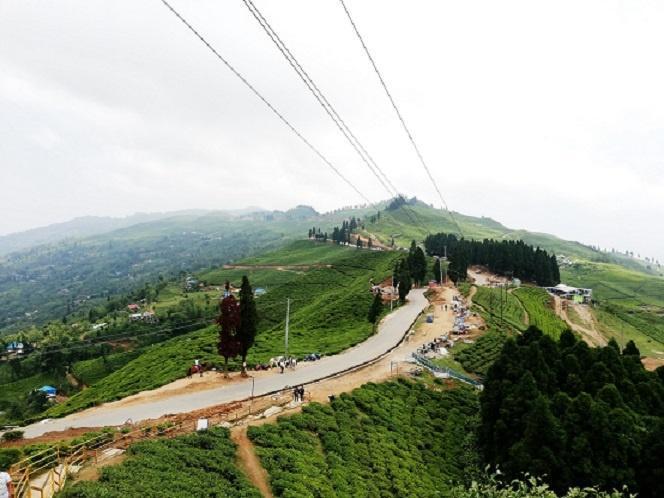 It is well known economic principle that development of physical infrastructure especially road and power go a long way in stimulating economic growth which in turn brings in prosperity to the people. Any grant or assistance for development of road and power infrastructure should be welcome in the interest of prosperity and wellbeing of the people because in this case there is no possibility of falling in debt trap the way it happened in case of Chinese loan to Sri Lanka or loan towards China-Pakistan Economic Corridor (C-PEC) in Pakistan.

These days MCC Compact approval process is going on in the Nepalese Parliament. The main political parties such as Nepali Congress and Communists and their allies are in favour of it but a section of public is opposing it tooth and nail by reaching out to the people and trying their level best to convince that MCC Compact is not good for Nepal. There are even videos on social media suggesting worsts like landing up of US Army soldiers in rural Nepal. As a result, large number of Nepalese are confused and disturbed about future of their country’.

So, what is the whole controversy about? Is MCC grant good for the people of Nepal? Why are some people opposing it?

The Millennium Challenge Corporation (MCC) is an independent U.S. foreign assistance, development agency created by the U.S. Congress in January 2004. The aim of MCC is to reduce poverty through economic growth by way of partnerships with developing countries who are committed to good governance, economic freedom and investing in their citizens.

An MCC Compact simply means an agreement or treaty between MCC (viz. USA Government) and a developing country parner for the purpose of providing a financial grant to be spent on economic growth stimulating activities which would ultimately help reduce poverty.

MCC Compact Nepal is an agreement signed in 2017 between USA and Nepal that provides USD 500 Million (equivalent to about 6000 Crore Nepali Rupees) grant for improving road and power infrastructure in Nepal. This amount is grant, not loan meaning there is no liability to repay in future and it has no strings attached.  The Government of Nepal has committed to contribute another USD 130 Million from its own fund towards this objective.

This grant by USA for development of physical infrastructure has become possible due to proud achievement (in the recent decades) of Nepalese people in non-violent, constitutional development of democratic institutions based on rule of law.

It is well known economic principle that development of physical infrastructure especially road and power go a long way in stimulating economic growth which in turn brings in prosperity to the people. Any grant or assistance for development of road and power infrastructure should be welcome in the interest of prosperity and wellbeing of the people because in this case there is no possibility of falling in debt trap the way it happened in case of Chinese loan to Sri Lanka or loan towards China-Pakistan Economic Corridor (C-PEC) in Pakistan.

But a parliamentary approval may not be needed to avail a development grant from an aid agency. It’s true that MCC Compact Nepal could very well proceed forward without parliamentary approval but in the case of any future litigation or differences the projects are likely to get caught in red-tape of bureaucratic and judicial procedures. Any possible project delay will mean project outcome will not be met on time which the funding body will be unable to explain before the US Congress. An approval by the Nepalese Parliament will put the Compact or agreement at par with an international treaty between two sovereign countries implying provisions of the treaty will get precedence before local laws and bye-laws which in turn will enhance possibility of timely execution of the projects.

The very fact that two main opposition parties viz. Nepali Congress and Communists are in agreement with the MCC Compact especially given the fact that the agreement was signed under the leadership of ultra-nationalist PM KP Sharma Oli should be good enough for the people to draw conclusions. Not many developing countries get this kind of opportunity. This has come in recognition of peaceful evolution pf democratic institutions based on rule of law in Nepal. Lot more is actually needed to do to develop Nepalese economy; this MCC grant is a small step which should hopefully contribute in pushing the wheel in motion.

Those who are opposing probably are xenophobic and do not want road and electricity to reach rural hinterland. But it seems more likely that the opposition to MCC Compact Nepal could well be part of well-known Chinese rivalry with the USA. This is because two narratives are presented before the people.

The first is the case of cancellation of MCC Compact Sri Lanka. The Board of Directors discontinued the USD 480 Million Compact with the Government of Sri Lanka. The fund was supposed to be used to upgrade transport infrastructure in Colombo. The proposed compact had the support of erstwhile Government of Sri Lanka however it was voted out of office in the election by Gotabaya Rajapakse who is considered to be friendlier towards China. It was an election issue and the project was discontinued after change of government. It is interesting to note that China was able to secure Hambantota Port on 90 years lease for naval base when Sri Lanka defaulted on loan repayment to the Chinese creditors.

The other case being argued before the people is that Nepal would become another Afghanistan if the MCC Compact Nepal goes through the parliament. This is ridiculous because the political and social contexts of Nepal and Afghanistan are diametrically opposite. Nepal is a peaceful, democratic republic where rule of law has substantially taken roots. On the other hand, Afghanistan has a long history of association with terror groups. Afghan society is characterised by tribal affiliations and loyalties. Unfortunately, it has been ridden with violence and instability for a long time. Soviets went there in eighties but were thrown out by the America supported armed groups. The radical islamists Taliban usurped power after departure of Soviets and the following days saw growth of terror groups that resulted in 9/11 and other similar terror incidents in the USA and elsewhere. USA went there twenty years ago in search of Osama Bin Laden to bring him to justice. US Forces were able to control for a while but two decades of hard work has now gone down the drain and we have Taliban 2.0 now. It is outrageous to compare Nepal with Afghanistan.

Moreover, MCC is working towards poverty reduction in at least 50 different countries in the world including in Ghana, Indonesia, Kenya, Kosovo, Mongolia, Peru, Philippines, Tanzania, Ukraine, etc. All of these countries have benefitted, so should Nepal. Why would Nepal alone selectively run the risk of becoming another Afghanistan?

The only mandate that MCC Compact has in Nepal is to build roads and generate and supply electricity to households and industries and businesses. MCC should execute the projects to this effect just the way it does in several other developing countries in Europe, Africa and Asia.

Science, Inequity and Caste System: Diversity not yet Optimal