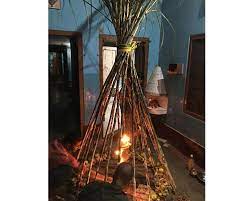 Not sure if this system of worship where nature and the environment became part of religious practices evolved or were constructed so that people may care for their nature and environment.

Karna, one of the major characters in Mahābhārata, was the son of Surya (the Sun deity). I vividly remember the episode on Surya’s son in the hugely popular Bollywood tele serial of nineties and here was my inability to resolve the conflict how the same Surya (the Sun god) could be worshipped in the form of mother goddess in Chhath Puja?

It is abundantly clear how the Sun, as the principal source of light and warmth has inspired reverence among human beings since the beginning of civilization. In almost all cultures, worship of forces of nature particularly the sun worship was common since pre-historic times. In most of the religious traditions, the Sun is considered to be the masculine way of being but it is also considered as the feminine source of life on earth. One such instance among the many in the world is the famous Chhath Puja, the ancient sun worship festival celebrated in the Gangetic plain of Bihar and Eastern UP when the Sun is worshipped in the form of goddess. Possibly, it may have started in neolithic period when agriculture evolved in the river basin. Perhaps, the Sun was understood as motherly power because its energy is the basis of life on earth hence its worship in the form of goddess may have begun.

The main worshippers in the Chhatha Puja are the married woman who celebrate to gain blessing for their children and the prosperity of their family.

The worshippers make offerings of common agricultural produces like fruits and vegetables, jaggeries to the sun god as an expression of gratitude for support in producing food agriculture to the life all the living beings on earth. The offering is made while standing in the river in the evening to setting sun as well as in the morning to the rising sun.

Kosi (“earthen elephant with, oil-lamps”) is the special ritual performed by the worshiper upon fulfilment of specific wishes.

Not sure if this system of worship where nature and the environment became part of religious practices evolved or were constructed so that people may care for their nature and environment.