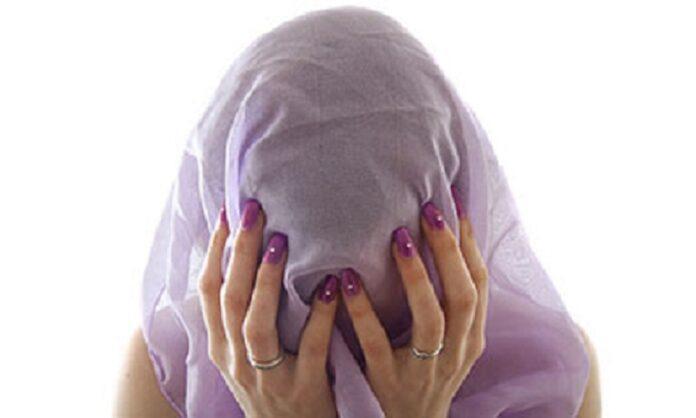 It is well documented in the scientific literature that taboos and myths about menstruation impact on girls’ and women’s mental health. The current Sabrimala issue may be contributing in promotion of ‘period’ shaming among girls and women.

Despite Supreme Court’s recent order allowing women of all age group entry to Sabrimala Temple on hilltop in Kerala, protesters and the mob have stopped every attempt by the women so far till date to enter the temple and offer prayer. Apparently, effort by the women to enter this temple has become a serious law and order issue in the region in view of opposition by the protesters who argue that the women between 15-50 age group must not be allowed entry in the temple keeping with centuries old tradition.

Apparently, the Sabrimala Temple is not an isolated case. There still are several temples where women are not allowed or have restricted access. Patbausi temple in Assam’s Barpeta district, Kartikeya Temple in Pushkar Rajasthan, Annappa Temple at Dharmasthala near Mangalore in Karnataka, Rishi Dhroom Temple in Muskura Khurd of Hamirpur district in Uttar Pradesh, Ranakpur Jain Temple in Pali district, Rajasthan, Sree Padmanabhaswamy Temple in Thiruvananthapuram, Kerala, Bhavani Deeksha Mandapamin Vijayawada city Andhra Pradesh are some of examples.

Notwithstanding the constitutional and legal provisions of modern democratic India guaranteeing equality to women and barring discrimination against women in any form whatsoever, Indian religious and cultural traditions have always ordained women exalted position in the society. The concept of Shakti (the Female Principle of creative power) of Hinduism has been seen as liberating force for women. The worship of feminine divinities in the form of Durga, Kali, Lakshmi, Saraswati to name a few has been the dominant social tradition of India. Goddess worship is actually one of the longest standing religious traditions in Hinduism possibly a reminiscent of Mother Goddess worship of Indus valley civilisation.

One step further is the case of Kamakhya temple in Guwahati, Assam. It is a temple of shakti the feminine power where there is no idol of Kamakhya to worship but a yoni (vagina). In this temple, menstruation is revered and celebrated.

Yet we come across such cases as Sabrimala Temple where women of reproductive age group are barred to enter and offer prayer.

The reason cited in the case of Sabrimala is ‘’because the presiding deity Lord Ayyappa is celibate’’. Similar is the case with Kartikeya Temple in Pushkar Rajasthan where the presiding deity is celibate god Kartikeya. It is inconceivable that the presence of woman devotees poses any threat to celibate gods. It seems this social issue has more to do with the tradition of ‘’ritual pollution’’ associated with menstruation.

Menstruation, a natural part of human reproductive cycle unfortunately has been surrounded by several myths and taboos in many societies including India. Social taboos surrounding this biological phenomenon effectively exclude women and girls from many aspects of social, religious and cultural life – temple entry ban may just be an aspect of this broader social problem where menstruation is still considered to be dirty, impure and polluting. These notions of purity and pollution lead people to further believe that menstruating women are unhygienic and uncleanperceptions.

It is well documented in the scientific literature that taboos and myths about menstruation impact on girls’ and women’s mental health. The current Sabrimala issue may be contributing in promotion of ‘period’ shaming among girls and women. A very sorry state indeed.

In this present stalemate of conflict between modernity and regressive social tradition ultimate victims are present and coming generations of girls.

Taliban: Has America Lost to China in Afghanistan?