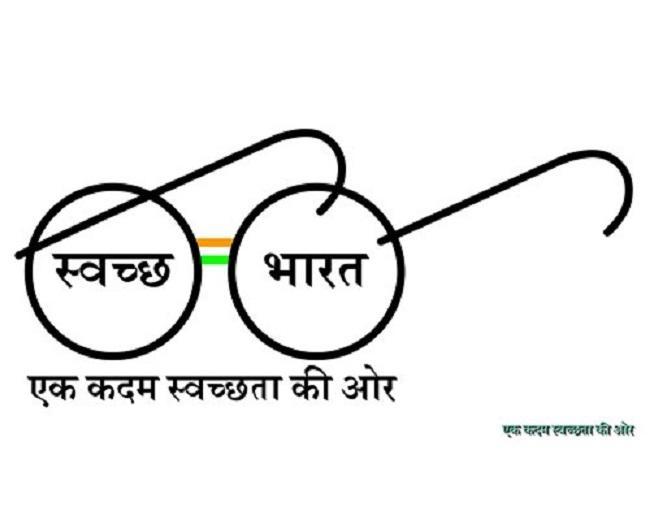 Society at all levels need to be sensitized about the importance of sanitation workers and their contribution to the society. Manual cleaning system should be rapidly removed by mechanized system of cleaning. Till the time manual scavenging is employed safety measures must be ensured to improve their quality of life.

There’s been incredible progress in sanitation coverage in India, in the recent years; from dialogue shifting to waste management (1). Evidence based research estimates show that there are an estimated 5 million sanitation workers in India and there are nine types of them across the value chain which vary by degree to risk exposure and policy recognition (2).

These workers operate in environments where, after years of practice, the baseline expectation of minimal safety norms is either very low or completely missing. There are no norms fixed for the service conditions, safety requirement, risk allowance, insurance cover and provisions like shoes, gloves, masks and proper head to foot cover designed for the purpose.

The death rate of workers cleaning sewers is five times more than other urban Indians between the age of 15 and 59. The mean age of workers at the time of death was recorded as 58 years. The absolute number of deaths has been decreasing among Safai Karamcharis over the years but is still high when compared to other occupations. The average annual death rate among Safai Karamcharis is 9 per 1,000 compared to 6.7 deaths per 1,000 among the general population (4; 5)

Workers die due to asphyxiation caused by the intake of harmful gasses during manual cleaning of manholes. Workers who are inside the sewers and are exposed to methane and sulphureted hydrogen instead of oxygen, ‘which acts in a similar manner to cyanide, with reversible inhibition of the respiratory enzyme cytochrome oxidase. It has been estimated that almost 1800 workers have died in the last decade. The contact with these gaseous substances results in ‘loss of appetite, poor memory, fluid in the lungs, eye irritation, and shortness of breath, chest pain, sore throat, and loss of libido.

Workers have a conflicting relationship with safety gear. Workers are not fully aware of the importance of the gear. Moreover, they feel that it hampers their work. For example, it is difficult to hold the shovel during drain cleaning and gloves provided are often loose and slide off. Most of the workers perceive machines as substitutes rather than complements to their work, and fear that new machines will replace them rather than aid their work and keep them safe (7).

Social barriers
Most of the time they are often ostracized and stigmatized (they mostly belong to lowest Dalit sub-caste groups). The vulnerabilities of caste, class and gender restrict the life choices these workers can make and most of them do not have adequate and needed access to education, health, land, markets, financing, due to social status. They chose this profession as a continuation of family history and tradition. Many enter to replace their parents. Jobs of permanent (those employed by the government) sanitation workers even come with a promise of job replacement for children if something happens to the parents. The family aspect gets further pronounced as often both husband and wife are in sanitation jobs, and this limits alternative options for their children due to a lack of exposure and inherent biases (7). Socio-economic deprivation of sanitation workers is not just about caste and wages. There is a history of suppression and violence against them in socio-economic-cultural spheres (8).

There are various Government initiatives and laws formulated and implemented to protect the rights of these workers such as PEMSA (Prevention and Elimination of Manual Scavenging Act), Prevention of Atrocities Act, commissions such as National Safai Karmchari Commission (NSKM), and schemes available through National Safai Karmchari Development and Finance Corporation (NSKFDC) and SC/ST Development Corporation (SDC) at national level and Maha Dalit Vikas Missions at state level, access to ameliorating schemes is a huge difficulty. This is because most sanitation workers are unaware of their rights under these schemes; even when they are aware, they do not know the processes to avail benefits. Further, because most sanitation workers are urban poor and reside in informal settlements, they do not have adequate documents such as residence proof, birth certificates and identity cards making it next to impossible for them to apply for these schemes (8). There are no numbers available on those employed for workers engaged in this industry as opposed to workers engaged in formal sectors.

Financial issues
No formal employment contract/ protection and exploitation: Majority of these workers are unaware of their terms of employment, specifics of renumeration structures and schedules. If they ask for their salaries, they are threatened with lay-offs. Workers employed by sub-contractors are even worse-off and operate in an information vacuum, away from any formal employment protections (7). Studies show that these workers are further exploited especially on contractual terms and were given a much lower wages than the government prescribed guidelines and compelled to work for long hours in extreme unhealthy atmosphere (9).

Absence of collective bargaining: These workers are often fragmented and move around various cities in small groups and are not able to come together to form collectives. Most of them are hired by these agencies who often rotate between cities and even where workers exist in large numbers they don’t derive any collective bargaining power due to fear that they are disposable and would eventually lose their jobs. Additionally, they also lack external support to help initiate collective formation and action (7).

Cost of injuries and illnesses internalized: Workers with years of exposure have internalized the illness and health issues and have accepted it as a regular occurrence and unless probed further do not even associate their health issues as arising from the job. Consequently, they perceive work-related injuries and illnesses as personal issues and bear the cost for treatment and missed income. Contractual workers do not have sick leave as a part of their contracts and get further penalized for their illnesses by foregoing wages for the days they are sick.

Causes of the Issues
Majority of the problems viz. physically, mentally, socially and financially faced by sanitation workers is due to lack of basic knowledge and awareness coupled with rigid perceptions that has percolated into the belief system of this workforce. They have no clarity or are misinformed about their roles and responsibilities. This is because there is no clearly delineated definition and is narrow and excludes a wide variety of work. This is a group of diverse people in terms of number of people employed, gender, and location. It falls into unorganized sector and it is imperative to classify them, for enabling appropriate and customizing policy and program design. Most of the issues faced by workers have become internal behaviour problem. There are no numbers available on those employed for workers engaged in this industry (10).

There have been attempts at creating solutions to these issues but have met with varied results. These solutions ranged from activism and advocacies by various NGOs, to formal government regulation. They have met with limited success, as is evidenced by daily news reports highlighting the deaths of even more workers. There is a need to devise solutions and built capacity building of workers which is an amalgamation of innovative and user-centric making an intrinsic connection and a comprehensive and understanding of these workers.

These problems can be addressed by educating and counselling these workforces on their rights and program entitlements.

Moreover, society at all levels need to be sensitized about the importance of sanitation workers and their contribution to the society. Manual cleaning system should be rapidly removed by mechanized system of cleaning. Till the time manual scavenging is employed safety measures must be ensured to improve their quality of life. This can be prevented through program management aimed at building capacity and developing a repository of these workers which can further enable to develop specific policy and planning programs in protecting this workforce.

The views and opinions expressed on this website are solely those of the author(s) and other contributor(s), if any.

“Merry Christmas! Wishing our Readers all the happiness in the world.”