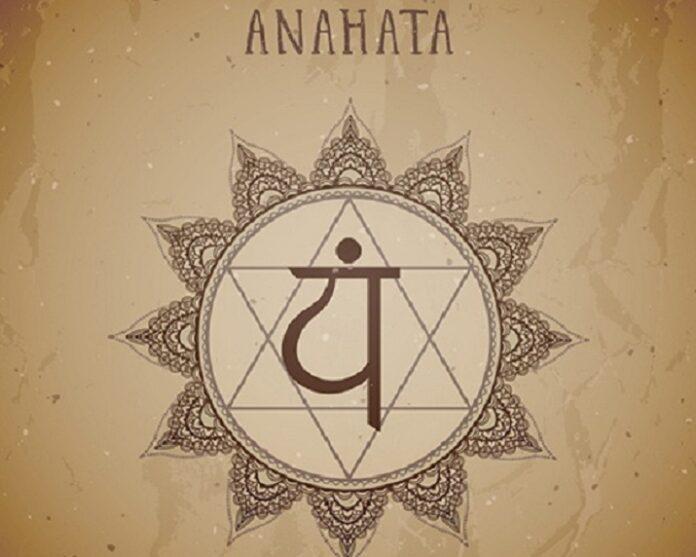 “Neither existence nor nonexistence was there;
Neither matter nor space was there, ….
..Who knows, and who can say
Whence it all came, and how creation happened?
the gods themselves are later than creation,
so who knows truly whence it has arisen?..”
– Creation Hymn, Rig Veda 10.129

One of most beautiful and the earliest account of India’s tradition of skeptical questioning, the “Creation Hymn” conveys almost the same idea as what theoretical physicists or cosmologists say today about the origin of universe; just that the above lines are taken from the earliest known literature in the history of mankind, the Rig Veda.

So about the cover image of Anahata Chakra associated with the concept of “balance, calmness, and serenity” in human life.

Sanskrit, the strongest vehicular dimension of Indian civilisation and the mother of Indo-European languages is said to be the most structured and scientific language from linguistic point of view. It comes with the baggage of profound wisdom and rich heritage.

But guess what – with a mere 24,821 speakers (Census of India, 2011) in a country of 1.3 billion, Sanskrit is almost a dead language. One can say, there is a brighter side too – the number was 2,212 (in 1971) which had grown to 24,821 (in 2011). Possibly, thIs growth could be attributed to officially appointed teachers of Sanskrit in schools and colleges. Nevertheless, Sanskrit could easily qualify to be the most extremely endangered language. I can confidently say that India’s performance in tiger or bird protection is much satisfactory.

Not that there have been little efforts by the government and the state agencies. The nationalist leaders were well aware of the importance. There have been several commissions and committees – Sanskrit Commission set up the government of India in 1957, emphasis on Sanskrit in national education policy, Supreme Courts intervention pronouncing Sanskrit to be part of education, state governments contributions towards promotion and propagation etc. have not really yielded any significant outcome which is all the more perplexing given that Sanskrit has strong mass political support.

So what is really wrong ?

It is argued that the downfall of Sanskrit started with the British – Macaulay’s education policy of promotion of English (and the suppression of classical languages including Sanskrit by way of withdrawal of support) created employment opportunities for English educated Indians in the Company. Apparently, Hindus jumped to English education and soon became ‘rank and file’ of British ruling establishment. On the other hand, Muslims resisted English education consequently lagged behind (as reported in Hunter Report). Apart from religious rituals, Hindus by and large, were left with scant moorings in Sanskrit. As a result, better employment opportunity associated with english education saw Sanskrit passing out in oblivion. Parents strived hard to provide English education to their children for the better future. Practically, no parents preferred Sanskrit learning for their children. This trend is unabated and unchanged even 73 years after Britain exiting India.

Languages do not survive on its own, they live in the ‘minds and hearts’ of people. Survival of any language is dependent on whether the present generation of speakers encourage their children to learn and acquire the language. To this extent, Sanskrit lost its charm among the Indian parents to English. With no takers, the extinction of Sanskrit is understandable. The story of extinction of Sanskrit lies in this psycho-social reality of “benefit or job opportunity” in the minds of Indians (especially among the Hindus).

After all, what proportion of middle and upper class parents encourage their children to learn Sanskrit vis-a-vis say French?

Ironically, for many parents learning of European languages is a matter of high social status. Hindus have failed to encourage their children to learn this language, the only way Sanskrit can avoid extinction.

It would be unfair to blame government or the so-called ‘secular’ forces. The bottom line is the absolute lack of ‘’urge or demand among the parents’’ for learning Sanskrit in India.

Probably, this is not good enough to be the ‘benefit’ nor it will enhance job opportunity. But it will certainly help create self-confident and strong personalities who are clear about their ‘identity’.

However, if trends are any indication, Europeans (particularly Germans) will eventually be custodians of Sanskrit.