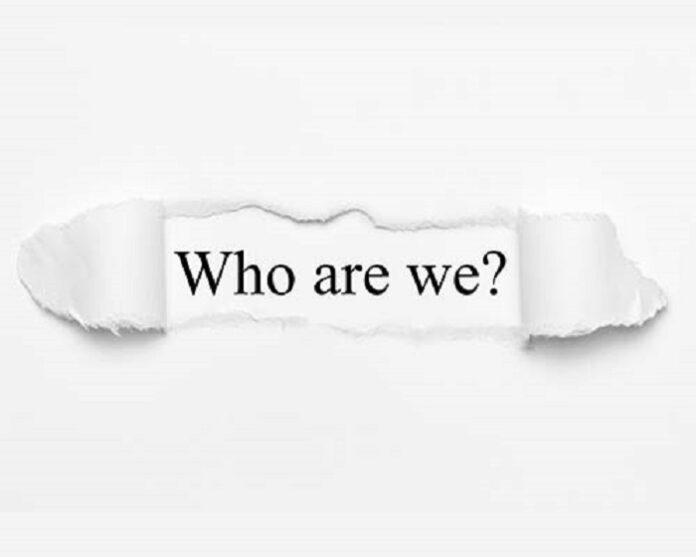 Our sense of identity’ is at the core of everything we do and everything we are. A healthy mind need to be clear and convinced of ‘who we are’. The idea of ‘identity’ draws heavily from our land and geography, culture and civilisation, and history. A healthy ‘pride’ in our achievements and successes as society goes a long way in shaping our personality as a strong, confident person who is comfortable in his or immediate surrounding. These personality attributes are common among forward looking successful persons. ‘India’ is the national identity of everyone and India alone should be the source of inspiration and pride for all Indians. There is absolutely no need to look elsewhere in search of identity and nationalistic pride.

”….I chose India because of uniqueness of its diversity, it’s culture, it’s richness, it’s heritage, it’s depth, it’s civilisation, it’s love for one another, the warmth. which I have not found anywhere else in the world,…., I came to the conclusion that the soul of India is so beautiful that this is where I want to have my identity,…”
– Adnan Sami

Identity means how we define ourselves, who we think we are. This self understanding gives us a sense of direction or meaning to our lives and plays very important role in shaping our personality by way of self confidence necessary for emerging as a strong individual. Being aware of our identity gives us a sense of assurance and keeps us comfortable. It helps in placing or positioning ourselves in the world. We tend to understand ourselves in terms of our culture and civilisation,history, language, land and geography and take healthy pride in achievements and successes as society. These sources of identity are fairly dynamic in the modern world. For example, until nineteenth century Ramayan and Mahabharata could have been the main sources of our ‘identity narrative’ giving us meanings and values for leading our lives. But, India has changed a lot in the last 100 years. As a nation, Indians have several new achievements to identify with and to be proud of.

India has done reasonably well in the recent past – freedom struggle and national movements, constitutional developments, stable successful functioning democracy based on universal values and rule of law, economic growth, strides in science and technology vibrant and successful overseas diaspora. Indian needs a revived identity, a set of success stories that an ordinary Indian could be proud of and ward off the shame culture of colonial era…..a new Indian narrative for self esteem and pride. This is where the current resurgence of nationalism in India seven decades after independence is coming in picture. The current nationalistic emotional craving of Great India is being expressed these days in various forms, most currently in the form of support to CAA-NRC.

India being a diverse country, been very accommodating and tolerant towards other faiths historically. Whosoever came to India in the past got assimilated in Indian life and culture. Freedom struggle and nationalist movement against British rule and concerted efforts by nationalist leaders of freedom struggle united Indians emotionally and helped taking pre-existing ‘Indian nationalism based on culture and civilisation’ to new heights. But, it also had a flip side – a good section of Muslims could not relate to this. Their narrative of ‘unity among Muslims’ based on faith hence ‘two-nation theory’, ultimately lead to creation of Islamic Pakistan on the Indian soil. This left deep scar on the minds of people and no group seems to have resolved and come out of it yet. Indian Muslims, from being the ruler of India for about eight hundreds years and having succeeded in creation of Pakistan, got ultimately divided in three countries. The ambiguity of primary identity among Muslims combined with sense of insecurity led to bit of emotional isolation. Post independence too, consolidation of Indian nationalism has not been easy. It faced several challenges including from regionalism, communalism, casteism, naxalism , etc. Apart from concerted organised efforts, sports particularly cricket, bollywood films and songs have made significant contributions in consolidating Indian nationalism however overcoming fault lines in the society remains an imperative.

The past emotional baggage and burden of history among the Hindus notwithstanding, the instances like hosting of Pakistani flags in Kashmir, celebrating defeat of India in cricket matches in some parts of the country, or, the instances of threat of civil war or the slogans like ”la illah ila….” by some radical Muslim elements during the recent CAA-NRC protests, not only creates and perpetuates identity ambiguity among the Muslims especially the youth which in turn inhibits Muslims from integrating in Indian mainstream but also distances majority population from the them. This trend has long history in India. You tend to see civilisation clash in terms of ”territory based Indian nationalism” versus ”Islamic ideology based nationalism” when some Muslims look beyond India towards Arab and Persia seeking identity and national pride stories. This does not help in laying down sound social-psychological foundations for creation and consolidation of ”Indian identity” hence ambiguity and clash of nationalistic emotions. As a result you have few like Sarjeel Imam who, it seems, is absolutely not proud of his Indian-ness. Rather, he seems to be terribly ashamed to be an Indian so much so that he wishes to destroy India and establish Islamic state. Even one single example like this has terrible consequences on the minds and emotions of majority population. Nor the comments by the ill- informed Bollywood stars like Saif Ali help who reportedly said that the ‘idea of India’ was not there before British rule.

India do need to deal with several issues including poverty and welfare of her people particularly marginalised weaker sections. Equally important is dealing with various centrifugal forces and integrating Indians emotionally through a narrative of ‘Great India’ (something like ‘American Exceptionalism’).The key is instilling ‘Indian identity’ at the primary socialisation level. This is where the role of Muslims particularly educated class becomes very important.

How Indian Muslims could contribute? And, why should they do?

Our ‘heart and mind viz. our sense of identity’ is at the core of everything we do and everything we are. A healthy mind need to be clear and convinced of ‘who we are’. Our idea of ‘identity’ draws heavily from our land and geography, culture and civilisation, and history. A healthy ‘pride’ in our achievements and successes as society goes a long way in shaping our personality as a strong, confident person who is comfortable in his or immediate surrounding. These personality attributes are common among forward looking successful persons. ‘India’ is the national identity of everyone and India alone should be the source of inspiration and pride for all Indians. There is absolutely no need to look elsewhere in search of identity and nationalistic pride. Indonesia is a successful case in point and worth consideration and emulation; 99% of Indonesians are adherent of Sunni Islam but their history and cultural traditions and practices are strongly influenced by multitude of faiths including Hinduism and Buddhism. And, they have forged their’identity’ around it and take healthy pride in their culture.

One heartening development during the CAA protests was the use of Indian national symbols (like national flag tricolour, anthem and the constitution) by the protesters. Just the sight of this mellowed the hearts of many.

Many question Padma Shri award to Adnan Sami and Ramzan Khan aka Munna Master (father of Feroze, who was recently appointed BHU professor of Sanskrit) for their contributions but I see them as contributing and disseminating the idea of ”great India” through their lives – while Adnan announced to the world that India is great enough to be his primary identity, Ramzan seem to exemplifying that the ancient Indian culture and traditions are worth imbibing and living by (so much so that he got his son to become a professor of ancient Indian language Sanskrit) and no one need to look beyond India in search of pride and role model for themselves and for their coming generation.

India, Pakistan and Kashmir: Why Any Opposition to Abrogation of Article 370 is Innately...