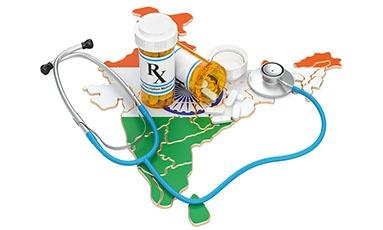 A nationwide universal health coverage is being launched in the country. For it to be a success, efficient implementation and execution is needed.

The primary institutions of any society perform a function and the fundamentals of each of these systems be it health or economy is the same. The basic purpose of a health system is to provide health services to all members of the society through various functions. Any provision of a service to someone is merely an economic exchange where someone is selling and other is buying. So, this obviously involves exchange of money.

For efficient functioning of a health system there has to be clarity on how will the system be financed. A successful health system comprises of two components. Firstly, how is the money made available to fund it and secondly, once the funds are available how shall services be provided to the user.

Developed countries of the world have established a unique system suiting the needs of their nation. For example, Germany has a social health insurance which is compulsory for all citizens to take. United Kingdom has devised its own policy framework for a welfare state. After second world war, United Kingdom faced social and financial problems and so they developed a welfare system which provides five fundamental services to all citizens. These services include housing, healthcare, education, pension for elderly people and benefits for the unemployed. Their health care system called NHS (National Health Scheme), a part of the five dimensions of welfare in the UK, ensures delivery of free health care services to all its citizens because the entire cost of provision of the service is borne by the government through tax collection.

The United States has the facility of voluntary private health insurance in which a premium is designed based upon health risks involved, though this insurance is not mandatory for citizens. Singapore has formulated a Medical Saving Account (MSA) which is a necessary savings account everyone needs to maintain and the money from this account can only be used for health-related services.

The most important aspect of any type of health system in a country is about how the money or funds will be available to provide health services. Firstly, these funds must be adequate to cover the entire population. Secondly, once these funds are sufficiently available they must be effectively utilized with maximum transparency. Both these aspects are very challenging to achieve especially if one thinks of having a similar system in developing countries.

In a country like India, there is no single streamlined model to avail health care services. Some services are provided for free at government-owned hospitals while some section of citizens -especially upper and upper-middle income groups- have their own health-risk based private insurance policy to cover their yearly medical expenses. A very small section of society is provided good family coverage through their employers.

However, majority (around 80 percent) of the funding for medical expenses (including access to facilities and medicines) is taken care of through out-of-pocket expenditure. This puts a huge burden on not just the patient but on entire families. The money has to be arranged first (most of the time it is borrowed leading to debts) and then only health care services can be availed. High and rising costs of good health care is forcing families to sell their assets and savings and this scenario is pushing 60 million people every year into poverty. The entire health system of India is already under severe strain due to paucity of funds, infrastructure and human resources.

On the occasion of India’s 72nd Independence Day, Prime Minister Narendra Modi has announced with vigor in his public speech addressing the nation a new health scheme for citizens across the country called ‘Ayushman Bharat’ or National Health Protection Mission. The Ayushman Bharat scheme aims to provide annual assured health coverage of INR 5 Lakh (around GBP 16,700) to around 100 million families across the country to begin with. All beneficiaries of this scheme can avail cashless benefits for secondary and tertiary health care for the whole family from government-owned as well as government empaneled privately-owned hospitals anywhere in the country. The eligibility criteria will be based upon the latest Socio-Economic Cast Census (SECC) which is used to identify household incomes by studying occupations and then classifying suitable beneficiaries. This has generated new hope for the health sector in India.

Before trying to devise a national health coverage plan for any nation, we need to first understand what exactly are the social and economic determinants of health? Various dimensions of health are determined by age, gender, environmental factors like pollution and climate change, lifestyle due to globalization and rapid urbanization in a country’s landscape. A strong component, especially in developing countries like India, is the social determinant which considers personal income of a family and poverty.

Financially stable people do not suffer from nutritional deficiencies and are generally more prone only to age-related degenerative problems. On the other hand, poor people face more health problems because of bad diet, sanitation, unsafe drinking water etc. Therefore, in India, income is a very important determinant of health. Infectious diseases like tuberculosis, malaria, dengue and influenza are on the rise This is further compounded by increased antimicrobial resistance due to overuse of antibiotics. The country is facing emerging problems of chronic non-communicable diseases like diabetes, cardiovascular illnesses and cancer. These are becoming a leading cause of mortality.

India’s health sector is under transition fueled by socio-economic determinants of health. So even if health care cover is provided to all sections of society, if their income doesn’t rise and they do not get housing and social security then there are minimal chances of any improvement in their health status. It is clear that improving health status of any person is a multi-dimensional multifactorial phenomenon – a dependent variable which depends on a variety of independent variables. And, provision of good health care cover is just one of the variables. The other variables being housing, food, education, sanitation, safe drinking water etc. If these are ignored, health problems won’t ever get resolved and healthcare cover offered will have no meaning really.

Under Ayushman Bharat scheme, the total expenditure for a health cover will be based on the actual ‘market determined premium’ as applied by insurance companies. To fully understand the concept of such a scheme is to first understand what exactly does insurance mean. Insurance is a financial mechanism for taking care of the risks associated with a given situation. When insurance companies provide ‘health insurance’, it simply means that the company pays for the health services to the hospitals through the corpus which they have built or received from the premium given by all contributors.

In simpler words, it is this premium money collected from contributors which is then paid to hospitals by the insurance company. This is system of third party payer. The company is the payer and to pay for the services it must have an adequate amount of money. So, if an n number of people are to be provided health coverage, then x amount of money is needed every year and it has to be known from where these funds will be coming. Even if the x amount is set to a low figure say INR 10,000 a year (around GBP 800), India’s Below Poverty Line (BPL) population is roughly 40 crores (400 million) so how much amount then will be needed to cover these many people every year. It’s a gigantic number!

Under the Ayushman Bharat the government shall be paying this amount and will act as the ‘payer’ while also being a ‘provider’. However, the government will have no choice but to raise direct and indirect taxes which are already very high for a developing country in India. So, the funds are ultimately going to come people’s pocket yet the government will become the ‘payer’. It needs to be sufficiently clear that huge finances are required for a project of this scale and more clarity as to how the finances would be incurred without putting heavy tax burden on citizens.

Another crucial aspect of implementing and executing a health scheme is to ensure right kind of work culture including trust and honesty and high transparency. One of the core features of Ayushman Bharat is the collaborative and cooperative federalism and flexibility to all the 29 states in the country. Government owned health units including nursing homes and hospitals cannot cater completely to the growing population, private players have a major stake in India’s health sector. So, such a project will require collaboration and cooperation between all stakeholders– insurance companies, healthcare providers and third-party administrators from government and the private sector and thus ensuring smooth implementation will be a humungous task.

To achieve a fair selection of beneficiaries, everyone will be given letters having QR codes which will then be scanned to identify demography for verifying his or her eligibility for the scheme. For simplicity, beneficiaries will need to only carry a prescribed ID to receive the free treatment and no other identify document shall be necessary not even Aadhar card. Only effective implementation and execution of a free health scheme if done can shake up public health system in India.