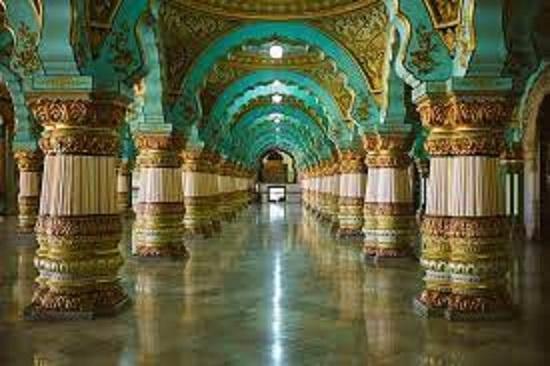 Rich tributes were paid to the 25th Maharaja of the Kingdom of Mysore Sri Jaya Chamaraja Wadiyar on his Centenary Celebrations. The Vice President of India Called him one of the tallest leaders and most admired rulers of the nation. An able administrator who built a strong, self-reliant and progressive Mysore state, the Maharaja was a true people’s ruler and a democrat at heart. A pioneering leader who led India’s transition to being a strong democracy, he was an ardent supporter of entrepreneurship and Science & Technology.

Virtually addressing the concluding ceremony of the centenary celebrations of birth of the Sri Jaya Chamaraja Wadiyar, the 25th Maharaja of the Kingdom of Mysore, the Vice President called for celebrating the knowledge, wisdom, patriotism and vision of all great rulers and statesmen like Maharaja Jaya Chamaraja Wadiyar who have shaped our history.

Calling Sri Jaya Chamaraja Wadiyar as an able administrator, the Vice President Naidu said, “He built one of the strong, self-reliant and progressive states in pre-Independence India”.

Shri Naidu called the Maharaja a democrat at heart and a true people’s ruler who always wanted to remain in touch with his people and ensure the wellbeing of the masses.

It is worth noting that Sri Wadiyar had established a responsible government in the Mysore State by setting up the Constituent Assembly and an interim popular Government with Sri. K.C. Reddy as Chief Minister.

Crediting the Maharaja with leading India’s transition to being a strong democracy and contributing greatly to the unity and integrity of the nation, the Vice President called him a perfect blend of ancient values and the modernity.

Shri Naidu also highlighted that Mysore was the first major State to accept the ‘Instrument of Accession’ after independence and said Sri Jaya Chamaraja Wadiyar possessed qualities of the head and the heart, which made him one of the tallest leaders and most admired rulers of this nation.

“In many ways, he embodied the ideal king like qualities that Chanakya describes in the Artha Shastra”, he said.

Calling Sri Jaya Chamaraja an ardent supporter of entrepreneurship, Shri Naidu said that he made continuous efforts to boost Science & Technology in the country and to develop scientific temper.

The 25th Maharaja of Mysore is widely respected for the support and encouragement provided towards the establishment of many important institutes of modern India such as Hindustan Aircrafts Ltd. (which subsequently became HAL) at Banguluru, Central Food Technological Research Institute at Mysore, National Tuberculosis Institute in Bangalore and the All India Institute of Speech and Hearing at Mysore, among others.

The Maharaja also carried on his family’s tradition of providing Indian Institutes of Science, Bangalore with funds and Scholarships for running the Institute and occasionally for its expansion, when needed.

The Vice President called Sri Wadiyar a versatile genius and a lifelong learner, who was a noted philosopher, music exponent, political thinker and philanthropist.

He was called the ‘Dakshina Bhoja’ because of his unparalleled patronage to arts, literature and culture, VP said.

The Vice President appealed to everyone that on this auspicious occasion, we should celebrate the timeless Indian values, the rich cultural heritage and along with the spirit of democracy and of people-centred good governance.