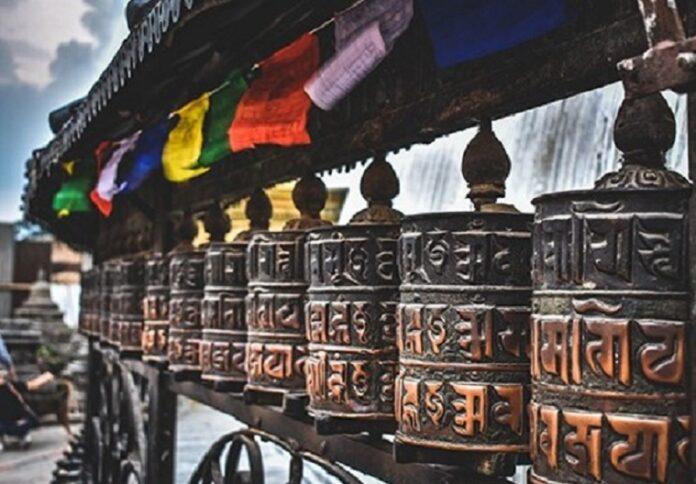 What is happening in Nepal for some time is not in the best interest of people of Nepal and India. This will cause more damages in the long term. Somebody said ‘’the best math you can learn is how to calculate the future cost of current decisions’’.

The cultural and civilizational ideas and visits to pilgrimage sites have connected and integrated people emotionally in the region for several millennia much before the concept of modern nation states came into being. Periodic pilgrimages to places like Benares, Kasi, Prayag or Rameswaram etc and cultural ideas behind them have emotionally linked people of Nepal with India for thousands of years much before governments and boundaries were crystallised in the region. In similar vein, an average Indian linked emotionally with Nepal through the pilgrimages and ideas behind Pashupati Nath and Lumbini, the two highest points in Nepalese history and civilisation.

For a traveller entering Nepal from Raxaul-Birgunj entry point, the first inkling of this civilizational commonality between two countries is the sight of the Sankryacharya Pravesh Dwar, the gateway to Nepal, a beautiful piece of Nepalese architecture built in Pagoda together with Newari style of Kathmandu valley, constructed several decades ago to commemorate the visit of the pontiff from south India to Nepal.

Enter casual conversations with an average Nepalese irrespective of regions they come from and you would notice the close relationship they share with India on daily basis – an average Nepalese is more likely to have attended an Indian University, may have received treatments in hospitals in India, has trade and commerce engagements with India, not to mention of Manisha Koirala and Bollywood. But delve further in minds upon deeper conversation and you notice a paradoxical phenomenon – paradoxical because people, by and large, have no qualms saying that their lives are too intricately associated with India and yet you notice a streak of disenchantment which at times borders on anti-India sentiments, something akin to brothers holding grudges against each other in traditional joint families.

Possibly, the history of sentiment of grudge harboured by the Nepalese people could be traced back to the Treaty of Sugauli of 1815 following the Anglo-Nepalese War of 1814-16 when the erstwhile Nepalese rulers had to surrender and cede western territory to British East Indian company. This possibly left a scar in the minds of people through folklores over generations which in turn served as undercurrent of sense of ‘defeat and loss’ in the subterranean minds providing the foundation for the ‘perception’ of ‘rough dealing’ by the Indians.

But it is Treaty of 1950 that is perceived by the Nepalese as India’s design of hegemony over Nepal. This treaty envisaged special relationship between two countries granting special privileges to citizens of Nepal in India and vice versa in terms of residence, employment and trade and business. Nepalese perceive this as unequal treaty, something that makes them subservient. Researchers indicate that people migrate to economically developed regions in search of employment but, paradoxically the net ‘migration’ of Indians into Nepal is often cited as key objection to the Treaty of 1950. This Treaty is also associated with the madhesis and tharus of terai region missing the point that this came into being only in 1950 and madhesis and tharus have lived in terrai regions for as long as hill people have lived in hill areas of north. The treaty provides for unilateral abrogation by either side and the communist party leader had made public statement to scrap it in 2008 but nothing further happened in this direction.

As a sovereign country Nepal has all the rights to choose, if they wish, to have any special relation with India or any other country. An objective evaluation of how ‘special relation’ with India has worked for Nepal in the last 70 years and vice-versa is an imperative however in view of topography and geographical features, it is worth noting that nature did not put a Himalayan barrier between Nepal and India. At the end of the day, any relation between two sovereign independent countries will be guided by the national interests; ultimately, this is a ‘give-and-take’ world!

Apparently, in the current climate, Nepali public are agitating against the Indian government more for the Lipulek border issue and ‘provoking’ reports in Indian media including statements like ‘Khata bharat ka hai…..(meaning, Nepalese depend on India but are loyal to China)).

The border disputes between India and Nepal has a long history dating back to the Treaty of 1815. The boundaries have been open, ill-defined with claims and counter-claims from both sides. Manandhar and Koirala (June 2001), in their paper titled “Nepal-India Boundary Issue: River Kali as International Boundary” have traced the history of border

This paper makes mention of shifting of border to east side encroaching upon Nepalese territories way back in 1879 about 150 years ago. They further mention about the strategic reasons, ‘’To have control on both sides of the river gives British India total control of north-south movement in the area and the inclusion of the highest point in the region with an elevation of 20,276 feet provide unhindered view of the Tibetan Plateau’’.

The British left India in 1947 and China occupied Tibetan plateau soon after forcing Dalai Lama to take refuge in India. Then, after a brief India -China bhai bhai, a full-fledged war broke out between India and China over border disputes in 1962 which India lost miserably. In the last seventy years, the strategic interests have grown manifold and presently, India has military check post in the Lipulek region serving Indian army’s strategic objectives vis-a-vis China.

And, now, here we are with a political agitation in Nepal over Lipulekh border dispute with India!

Notwithstanding occasional emotional outbursts between India and Nepal, there is recognition of shared history and culture on both sides and hopefully both governments will soon rise to occasion and accommodate each other’s interest in the spirit of brotherhood but it is in this background that one has to understand India’s position with regard to Lipulekh border.

From Indian perspective, in view of history, it is China which is always in the background of everything that is happening between India and Nepal. Nepal’s apathy and reluctance towards accommodating India’s security interests and readiness to align with China causes lots of concerns and heartburns in India. Nepal is perceived to have become the playing ground of both China and Pakistan.

Nepal, on the other hand, find it difficult to displease China. India’s strategic views are perceived as a sign of dominance and possibly trigger anti-India sentiments among Nepalese. Nepal’s rich history and culture should have been the source of national pride and identity but ironically, anti-India feelings are linked to the rise of Nepali nationalism.

Coincidently, the communist leader had spent 14 years in jail from 1973 to 1987 for opposing the monarchy. And, coincidently, his party had aims about abolition of monarchy and changing Nepal from Hindu to secular State. And, again coincidently, monarchy got practically abolished with en mass elimination of royals especially King Birendra who was known as people’s king. This is for history to decide and do justice to King Birendra but the same leader is now positioning himself as ultra-nationalist trying to correct the ‘’historic wrong’’ regarding border dispute with India.

What is happening in Nepal for some time is not in the best interest of people of Nepal and India. This will cause more damages in the long term. Somebody said ‘’the best math you can learn is how to calculate the future cost of current decisions’’.

Nepalese Railway and Economic Development: What Has Gone Wrong?