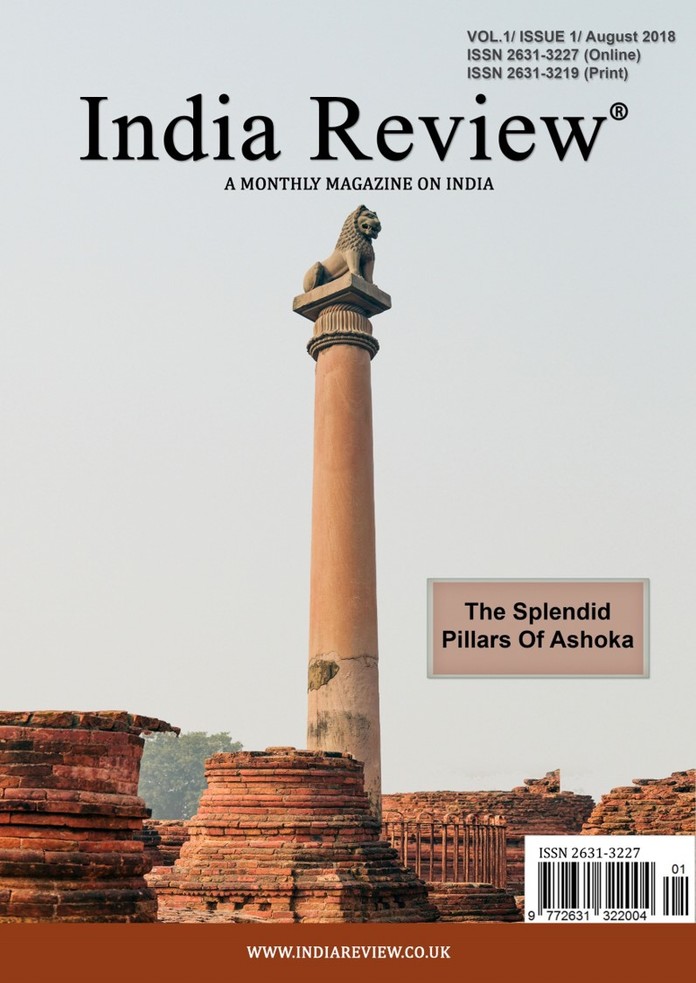 A series of beautiful columns spread over the Indian subcontinent were constructed by King Ashoka, a promotor of Buddhism, during his reign in 3rd century BC.

King Ashoka, third emperor of the first Indian empire Mauryan dynasty, erected series of pillars during his reign in 3rd century BC which are now geographically dispersed throughout the Indian subcontinent (the region which the Mauryan empire was). These columns are now famously known as the ‘Pillars of Ashoka’. 20 lone pillars of the original countless pillars established by Ashoka have endured in the current time while others are in ruins. The first pillar was uncovered in the 16th century. The height of these pillars is about 40-50 feet and they were very heavy weighing a whopping 50 tons each.

It was believed by historians that Ashoka (a Hindu by birth) had converted to Buddhism. He adopted the teachings of Lord Buddha known as the Four Noble truths or the law (dharma): a. life is a suffering (suffering is rebirth) b. the main cause of suffering is desire c. the cause of desire must be overcome d. when desire is overcome, there is no suffering. Each pillar was erected or inscribed with proclamations (edicts) by Ashoka which were addressed to nuns and monks seen as messages of Buddhist compassion. He supported the reach and spread of Buddhism and inspired Buddhist practitioners to follow a compassionate Buddhist practice and this continued even after his death. These edicts originally in a script called Brahmi were translated and understood as late as the 1830s.

The beauty of these pillars lies in understanding their detailed physical design which is based upon the core Buddhist philosophy and belief and Ashoka is believed to be the foremost patron of the Buddhist art. The shaft of each pillar was crafted from a single piece of stone and these stones were cut and dragged by laborers from quarries in the cities of Mathura and Chunar located in the northern part of Ashoka’s empire (modern day Uttar Pradesh state of India).

Each pillar is topped with an inverted lotus flower, a universal symbol for Buddhism, that signifies its beauty and resilience. This flower rises from muddy water to bloom beautifully without any visible flaws to be seen on the surface. This is an analogy to a human being’s life where one faces challenges, hardships, ups and downs but still one continues to show persistence to achieve a path of spiritual enlightenment. The pillars are then topped by different animal sculptures. The inverted flower and the animal sculpture form the top part of the pillar is called the capital. The animal sculptures are of either a lion or a bull in a standing or seated position in a curved (rounded) structure after being carved beautifully by artisans from a single stone.

One of these pillars, the four lions of Sarnath – The Lion Capital of Ashoka, has been adapted as the State Emblem of India. This pillar has an inverted lotus flower as the platform with four lion sculptures sitting with their backs to each other and facing into the four directions. The four lions symbolise King Ashoka’s rule and empire over four directions or more aptly four adjoining territories. The lions signify supremacy, self-assurance, courage and pride. Just above the flower there are other illustrations including an elephant, a bull, a lion and a galloping horse which are separated by a spoked chariot wheels with 24 spokes also called wheel of the law (‘Dharma chakra’).

These pillars were built at either Buddhist monasteries or other important sites and locations that were connected to Buddha’s life. Also, at important Buddhist pilgrimages sites – Bodh Gaya (Bihar, India), the place of Buddha’s enlightenment and Sarnath, the site of Buddha’s first sermon where Mahastupa – the Great Stupa of Sanchi – is located. Stupa is a burial hilltop for a revered person. When Buddha died, his ashes were divided and buried into such many stupas which are now important pilgrimage sites for Buddhist followers. The pillars geographically marked King Ashoka’s kingdom and were stretched across northern India and south to below the central Deccan plateau and in regions now known as Nepal, Bangladesh, Pakistan and Afghanistan. The pillars with edicts were strategically placed along important routes and destinations where largest number of people would read them.

It’s very interesting to understand why Ashoka might have chosen the pillars, which were an already established form of Indian art, as his means of communication for his messages of Buddhism. The pillars symbolize the ‘axis mundi’ or the axis on which the world spins in many faiths – particularly Buddhism and Hinduism. The inscriptions show Ashoka’s desire to spread the message of Buddhism far and wide in this kingdom.

These edicts are seen by scholars today as more simple than philosophical indicating that Ashoka himself was a simple person and also may be naïve in understanding the deeper complexities of the Four Noble Truths. His only wish was to be able to reach and inform people of the reformed path which he has chosen and, in this way, encourage others also to live an honest and moral life. These pillars and the edicts, strategically placed and spreading the message of the ‘Buddhist will’ represent the first evidence of the Buddhist faith and portray King Ashoka’s role as an upright administrator and a humble and open-minded leader.

“The Splendid Pillars of Ashoka” Series–II

The Sacred Site of Rampurva in Champaran: What We Know So Far